Psoriasis is a chronic, inflammatory and relapsing skin disorder that has a strong genetic basis and plaque psoriasis is one form of psoriasis. It results from the interaction between multiple genetic as well as environmental factors. 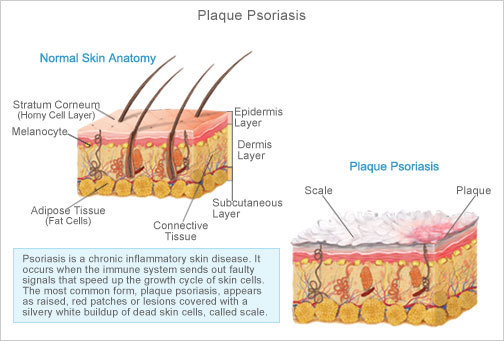 The T-cells in the body are induced to produce cytokines which then stimulate keratinocyte proliferation thus the production of dermal antigenic adhesion molecules in blood cells.

Some of the diseases associated with chronic plaque psoriasis include;

Some of the symptoms seen in people suffering from chronic plaque psoriasis include itchy and well demarcated ovular bright red elevated lesions which have an overlying silvery or white scale. These plaques are symmetrically distributed over the body and the scalp. Assessments carried out on patients with psoriasis show the disease’s severity and its impact on the psychological, physical and social well-being of the patient. Severe episodes of plaque psoriasis may transform into more severe forms of the disease for instance erythrodermic or pustular psoriasis. So what are the common symptoms associates with this form of psoriasis?

Assessment of its severity

The durations and extent of chronic plaque psoriasis varies greatly. The lesions also vary in size and typically range from one to several centimeters. The numbers of lesions that occur also vary from patient to patient and the smaller plaques may join to form larger lesions. This occurs especially on the sacral and leg regions.

When you are assessing the severity of the disease, you should take note o the following; 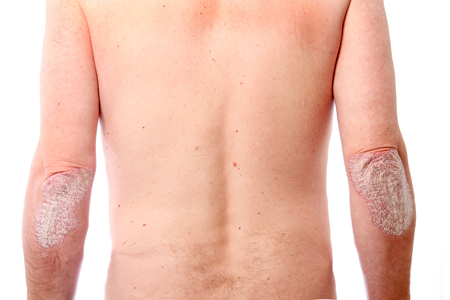 Diagnosis is made based on clinical findings and skin biopsies are rarely required to confirm the diagnosis.

Management options for the treatment of plaque psoriasis include;

There is still no evidence that any of these interventions have an impact or a disease modifying effect beyond improvement of the psoriasis. However, those who are afflicted by chronic plaque psoriasis should take all the necessary measures to ensure that they do not aggravate the disease. Some even more serious forms of psoriasis pose a risk to lives of the patients and its better not to risk your life in the first place. Sometimes, other diseases pose similar symptoms to psoriasis so make sure you get a diagnosis from a qualified doctor.