For people who do not have psoriasis the definition may seem simple. However, for anyone diagnosed with the skin disorder, they know that it is anything but simple. If you know someone who has been diagnosed with it, it is important that you learn all that you can about the disease so that you can understand what your loved one is going through during flare-ups.

[note]It is also important that you understand the psoriasis definition if you are the sufferer so that you will know how to prevent possible flare-ups and understand how to treat yourself during the tough times.[/note]

What is the Psoriasis Definition?

By Greek definition, the word psoriasis means, basically, “itching condition” and in its most simple form, the dictionary will define psoriasis as a skin disease which is marked by itchy, red, scaly patches and for the most part, this is factual. It sounds like just a minor inconvenience. [note]This definition does not compare to what really is going on for a person who has psoriasis. It is actually a skin disease that goes well beyond the skins surface.[/note]

If you consider the longer definition of psoriasis you will discover that it, admittedly, does cause red, scaly patches that itch. However, it can cause pain in the joints as well as make people feel insecure while they are in public during a flare-up. The people who suffer with it can be uncomfortable on many levels and the severity of their suffering will depend on the particular type of psoriasis they may have.

The Many Forms of Psoriasis 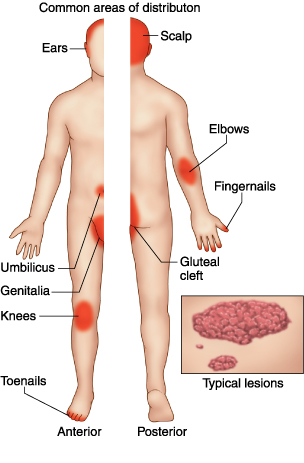 To understand the true definition of psoriasis you must also understand that there are five different types of the skin disease. The most common type is plaque psoriasis. This is the type that causes red or white scaly patches on the top layer of skin. Other types include:

In some cases though, psoriasis can be present even though the patient does not show signs or symptoms of it. Often this due to the simple fact that psoriasis can go into remission where it does not have any negative effects. The person with psoriasis that is in remission will still have to treat their skin right to prevent it from returning. 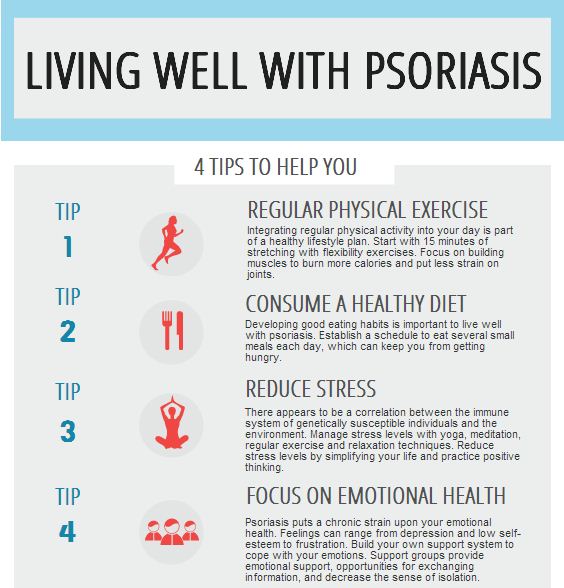 Perhaps another way to gain understanding about the psoriasis definition is to understand what causes certain people to have it while others do not. However, keep in mind that approximately seven and a half million people in America alone have some type of psoriasis.

It is believed by many that the cause of psoriasis is possibly either genetics or an issue with the immune system. [note]This means that since Psoriasis is due to either a malfunction within the body or something that is simply part of your genetic makeup it is non-curable but the symptoms can be treated.[/note]

In many cases, you will discover that a person who has psoriasis or the symptoms of it now have had others in their family tree that also suffered with this skin disease. It can possibly skip a generation or it may go from mother to child. In order to know for sure if your issue is genetic, you will need to explore your family’s history.

If you do not see any past history of psoriasis, this means that there is most likely an imbalance within your immune system that causes skin cells to multiply faster than someone who does not have psoriasis. The average person’s body produces new skin cells slowly and on average will shed off the top layer of skin every four weeks. [note]A person with psoriasis has skin cells that grow faster and it cannot shed off quick enough. [/note]This causes inflammation and the redness that you have to deal with.

In order to avoid the cost of doctor visits and prescription medications, many people are opting to use psoriasis natural treatment for their skin condition instead. Natural products that can… Read More
Info

Irritating and unpredictable, psoriasis skin disorder is one of the most persistent and baffling skin diseases. Psoriasis is characterized by skin cells which have a multiplication rate of up to… Read More
Info

Stelara for the treatment of psoriasis

Stelera psoriasis is used for treating plaque psoriasis and contains ustekinumab. Janssen-Cilag ltd. supplies this injectable drug which helps slow down the inflammation and production of skin cells. This occurs… Read More