Many people suffer from psoriasis on hands, elbows or facial psoriasis and because of that, their social life is severely affected. On top of that, they also have to deal with the continued stress caused by their skin disorder which in some cases, may even lead to having suicidal thoughts. For those who got psoriasis for the first time and would like to learn more about it, they should know that psoriasis is a skin condition that causes crusty, flaky and red patches of skin covered with silvery scales.

These patches will usually appear on the lower back, scalp, knees and elbows, but they can appear on any area f the body. While most people are affected by small patches, there are those extreme cases in which the patches can be sore and itchy. Psoriasis can start at any age, yet in the majority of cases it develops in adults under thirty five years old. The condition affects women and men equally.

In terms of severity, it varies a lot from one individual to another and while for some it has a great impact on their life, for others it’s just a minor inconvenience. Psoriasis is a chronic skin disease that generally involves periods when people will have mild or no symptoms at all followed by periods when the symptoms become really severe.

Psoriasis On The Feet And Hands

When it comes to psoriasis on hands and feet, those who have an acute flare-up should seek proper medical attention as soon as possible. Even though this type of psoriasis may not respond to the treatment as soon as people expect, it’s best for individuals to continue working with their GP in order to find a viable treatment option.

Psoriasis on the feet and hands generally appears on the soles and palms (more commonly known as palmoplantar psoriasis). However, the disease may also appear or extend on nails, knuckles, backs of the hands and the tops of the feet. Even though the feet and hands make up only four percent of the total bodily surface area, it can still have a major impact on people’s quality of life. [note]Not only will sufferers need to cope with the embarrassment about their unsightly lesions, but they’ll also have to go through a lot of trouble walking and pain. [/note]If psoriasis affects someone’s ability to work, then that person may suffer a financial burden.

On top of the fact that it causes pain, psoriasis in the feet and hands may also cause:

Treating psoriasis on hands and feet

Anyone who suffers from this type of psoriasis should know that they have many options when it comes to proper treatments. In addition to soap substitutes, mild soaps and moisturizers, their doctor may also recommend them using topical treatments like:

Individuals need to keep in mind that it’s best if they combine these treatments, as this way they’ll benefit from the best possible solution for their skin disorder. [note]In some cases, dermatologists will recommend alternating topical corticosteroids with calcipotriene, which is basically a form of vitamin D. [/note]When applying it, people need to wear cotton gloves as these will protect them from accidentally getting it on their face or other sensitive spots.

There are cases when topical treatment will be unable to penetrate the required area and in this case, dermatologists may recommend other medications with may include: 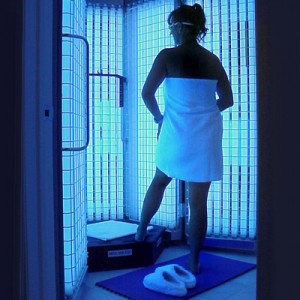 In the majority of cases doctors will successfully combine light therapy with retinoids for psoriasis on the feet and hands. This means that people may either go with targeted photo therapy (which is basically a laser treatment), PUVA or UVB phototherapy. For those who will go with PUVA, they’ll need to take Psoralen either applied like paint or taken by mouth along with the light therapy. The doctor performing the therapy will be able to offer the patient more details about the laser treatments or light therapy units for the soles of the feet and the palms.

In case these treatments will have little or no effect at all, doctors will prescribe medications that specifically target various areas of the patient’s immune system. Because there are various subtypes of psoriasis, they will each respond in a different way and some examples include:

[note]Even though it had great results in patients who suffer from psoriasis, due to safety concerns Raptiva has been pulled from the market.[/note]

Treating Psoriasis On The Hands And Feet Through Exfoliation 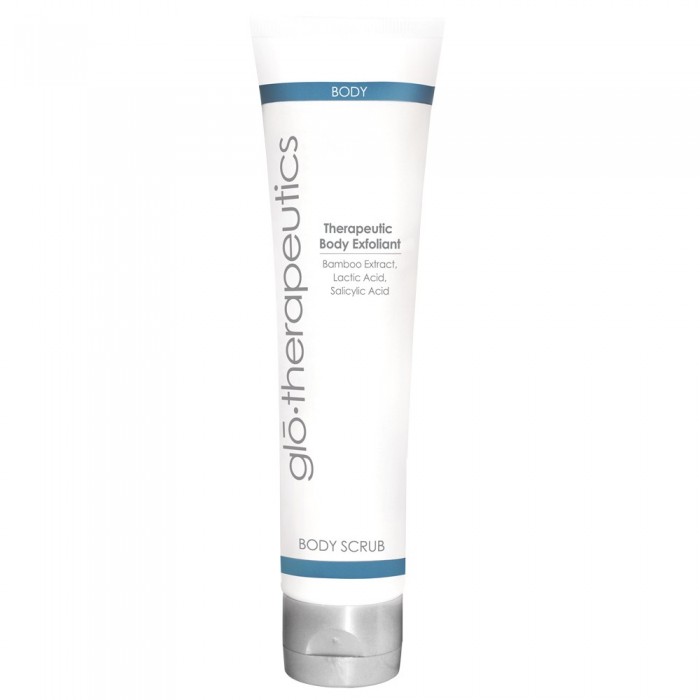 People who want to learn more about getting rid of the flaky scales caused by their skin disorder should know that doing so is simple and they’ll only need to cause the dead skin cells to fall off. The best way to do this is to exfoliate their skin once a day, but not everyone will have the time or desire to do this on a daily basis. After the skin has been properly exfoliated, individuals should make use of a good moisturizing lotion, because this will prevent the skin from drying out too much. 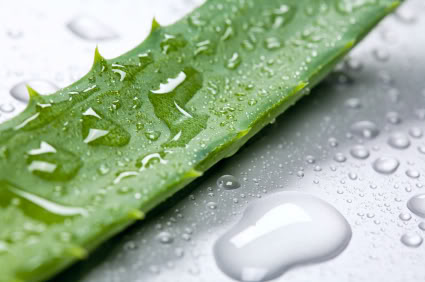 Aloe Vera and tea tree oil are very well known in the world of skincare for being a very effective option for improving the health of the skin. Because of that, many psoriasis sufferers believe that using them will help a lot with lessening their symptoms. To do so, they’ll just need to apply any of these solutions to the affected skin 3 to 5 times per day and in no time they’ll notice a great improvement.

Surprisingly, staying out in the summer sun will benefit psoriasis patients, but for those who don’t live in climates where the sun is up in the sky all year long, a tanning bed may be a viable alternative. In fact, there are many doctors who recommend their patients to use tanning beds (moderately) in order to improve their condition. [note]For example, those who will expose themselves to the ultraviolet rays in the tanning beds for around fifteen to twenty minutes 2 to 3 times a week, will be able to get rid of psoriasis on elbows, psoriasis on their knees and other areas of their body.[/note]

Using Seawater To Wash The Skin

A lot of people who suffer from psoriasis have noticed a big improvement in their condition after they have gone to the beach and that is because of the seawater. While not everyone lives near a beach, they can easily recreate the same conditions at home by mixing warm water with around 3 tablespoons of sea salt. After mixing it well, people should wash their knees and elbows with the solution and repeat this for at least 5 days. When the knees and elbows begin to feel scaly again, the process should be repeated. 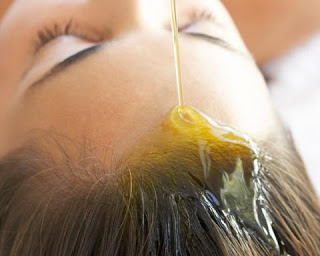 Loosening up the skin is one of the best ways to make the scales fall off and this can only be done by considering a hot oil treatment. For this, people will have to warm up a small amount of olive or coconut oil and then apply it to the areas affected by the disease. The treatment should be considered daily for 7 days and after this time people will be able to notice a big improvement of their psoriasis.

There are dozens of home remedies that people can consider in order to improve their condition and it’s vital to remember that everyone will have their own specific triggers of the disease. For instance, some people will find that being exposed to sunlight for extended periods of time, certain foods and getting injured and similar other factors can increase their chances of worsening their symptoms. [note]By learning more about the factors which trigger psoriases on the elbows, knees, face and other areas of the body people can easily prevent flare-ups from happening.[/note]

Treating Psoriasis on Your Face

In most cases facial psoriasis can be mistaken for another skin condition and that is due to the fact that psoriasis face plaques are generally less clearly defined compared to other areas of the body. Because the skin on the face is thinner, it is also more sensitive to any type of psoriasis treatment considered. Because of that, treating psoriasis on the face may take some patience and extra care.

There are quite a few areas of the face that are affected by psoriasis and they include:

It doesn’t matter what part of the face psoriasis will affect, because the face is eventually an area of the body which cannot be covered and people will be very troubled of its visibility. [note]The good news is that modern medicine has allowed for plenty of medications to treat facial psoriasis. [/note]To determine the best ones, people need to speak with their doctor and learn more about what works best for them.

Due to the fact that individuals respond differently to psoriasis medications, doctors will usually provide a tailored approach. Below there are some examples of topical therapies used for patients suffering from facial psoriasis. 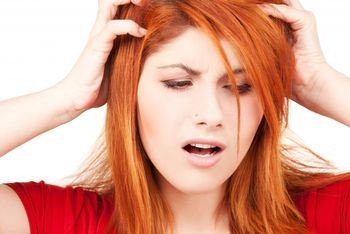 Retinoid creams and vitamin D ointments and creams may be irritating to some and those who will use them for extended periods of time may experience enlarged capillaries, shiny skin and skin thinning. That is why for those who are under treatment and notice no effects or are suffering from too many side effects, getting in touch with their dermatologist as soon as possible is mandatory. This is because he may recommend combination therapy which is much more effective than any one treatment alone.

Pimecrolimus and Tacrolimus are 2 topical drugs for eczema that are FDA approved. For those who don’t know, this is a condition that causes irritated, itchy and swollen skin, but it’s not psoriasis. There are certain doctors who will recommend these drugs in order to treat facial psoriasis. [note]Due to concerns of cancer risks, the FDA recommends people to use them only for short periods of time.[/note]

Applying Psoriasis Medication on the Face

Applying topical psoriasis medication on the face needs to be done correctly and below people will be able to see how to do so the right way:

Psoriasis is indeed a skin disorder that can take a heavy toll on peoples’ lives, but the advancements in medicine and the various therapies currently available makes it possible to manage it. While most treatments are effective on their own, combination therapy and even a change in diet may greatly help people find the relief they need to be able to carry on living a normal life.

What is plaque psoriasis and what treatment options can people consider? written by: mischavladimir While plaque psoriasis may initially look like a mere skin condition, it's basically a disease of… Read More
Treatment

Scalp psoriasis treatment is used for treating the common psoriasis of the scalp which 80% of psoriasis patients develop. This is a distressing condition as plaques are itchy and if… Read More
Treatment

The guttate psoriasis treatment will depend from individual to individual and while some people will choose to treat themselves at home, it's recommended that they'll seek help only from their… Read More