From the Erythrodermic psoriasis photos you may have seen, you will notice that it is a particularly inflammatory form of psoriasis that affects most parts of the body. It sometimes occurs together with von Zumbusch pustular psoriasis and its quite rare occurring once or more times in 3% of the people affected with psoriasis. Generally, it appears on people suffering from unstable plaque psoriasis. [note]This form is flagged by widespread fiery redness and skin exfoliation which is accompanied by severe pain and itching.[/note] People suffering from erythrodermic psoriasis should see a doctor immediately since it can be life threatening.

This form of psoriasis throws off the body’s chemistry and causes fluid and protein loss that leads to severe illness. Infections may occur together with edema (swelling from fluid retention) especially around the ankles. Some more symptoms caused by erythrodermic psoriasis include;The heart rate increases

Even though the main cause of erythrodermic psoriasis is not understood, there are some known triggers. These include; sever sunburn, alcoholism, infection, abrupt withdrawal from systemic treatment, emotional stress and the use of systemic steroids (cortisone).

First treatment usually includes moisturizers and medium-potency topical steroids used together with oatmeal baths, wet dressings and bed rest. You may also be given antibiotics to fight off infections. Other treatments include; systematic medications, combination treatments and TNF-alpha blocking biologics. 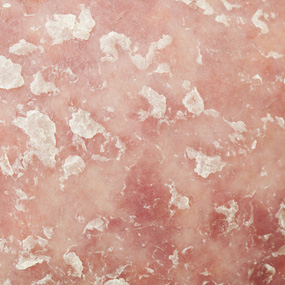 Once the flare passes, the psoriasis normally reverts to the way it looked like before the flare. Erythrodermic psoriasis photos may seem extreme but with treatment the condition is manageable. Since it is usually very painful, health care providers also prescribe pain medication.